• types, symptoms and characteristics of schizophrenia.
Types (e.g. catatonic, paranoid); characteristics; case studies/examples
﻿Although the most modern psychiatric manual has eliminated the sub-types, you still need to know them for your exam! The changes are useful as they provide you with lots of evaluation material to use if you are evaluating the definition or diagnosis of schizophrenia.﻿

﻿When and where is schizophrenia diagnosed most commonly?﻿

The genetic explanation for schizophrenia

The basic logic of the genetic explanation is that if a condition is genetic, then as people become more closely related to each other (so sharing more genes) they should also be more likely to share the same psychological conditions. 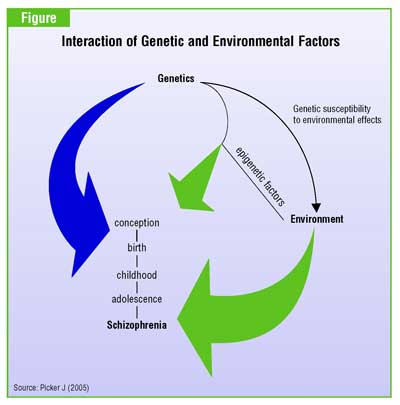 ﻿AIM – To examine the rate of schizophrenia in adopted children whose biological mothers were schizophrenic.

METHOD – Examined rates of diagnosis in the adopted children (the adopted families did not have any schizophrenia in the family).

RESULTS - A mother with schizophrenia increased the chance of it in the adoptees, but only if the adoptive family were psychologically disturbed themselves in some way.

CONCLUSIONS – There d﻿oes appear to be a genetic basis to schizophrenia.

Even vulnerable individuals can be protected from schizophrenia if their upbringing is healthy.

This shows the importance of an interactionist approach to the condition, such as the diathesis-stress model. Complete the document below to improve your understanding of this interaction.﻿ 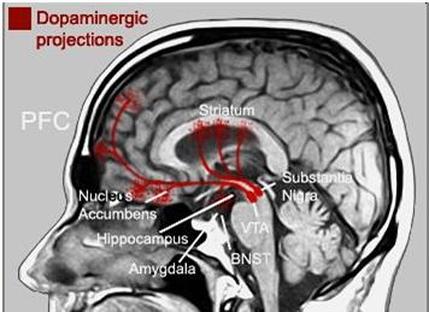 ﻿Dopamine is a neurotransmitter which is active in a number of different important circuits in the brain. The Dopamine Hypothesis is the name of the theory which suggests that an excess of dopamine is implicated in schizophrenia. Evidence to support the dopamine hypothesis comes from the following sources:

Use https://bubbl.us/ or another site of your preference to create a concept map of the key ideas in schizophrenia. Include the following terms:

We'll now start looking at the Section B 'evaluate' question. The essay will have two parts, a 'describe' section and an 'evaluate' section.

First read this document, which covers the skills that we want you to learn when approaching these questions. In summary, you need to try to mention a range of information in question a), so try to mention things from all three bullet points in the specification (so here, something from each of the three approaches). For the question b), try to evaluate using issues and debates (same ones as from AS level). On this page, issues such as reductionism, determinism, ethics, data collection methods, scientific-ness, objectivity and other have been mentioned. Use these in your evaluations! Remember to use a PEE format if you find it helpful.

One final point. Make sure you answer the specific question asked! The 2 b) question will always have a little extra requirement in it, where it will ask you to focus your discussion on one specific area or issue. Here is it ethics. At least a paragraph should consequently be devoted to discussing the ethics of these approaches.


Generic mark schemes are given below. Read them carefully before you start writing and make sure your essays fulfill all the requirements. Please submit your essays through the form on the home page.

Section C in your exam always consists of two questions, one 6 mark recall question and one 8 mark application question. There are always two of these types of question, an﻿d you need to choose one.

The first part is a straightforward recall question. This is the longest question you will get which could focus on just a single theory. You need to write about half a page, so a simple revision check is to make sure that you can write half a page of description about every idea/theory/study that is specifically mentioned in the specification.

The second question allows you to be creative. There is no single right answer. All you have to do is give practical and specific ideas for how you might implement the theory you have described in the first question into the scenario they give you. About a page should be a good length.
You need to make sure that you are specifically referring to the theories or ideas mentioned in the question. It takes some getting used to writing this way, but it is an area that, with a little bit of practice, you will be able to do very well on.