The Cognitive Level of Analysis 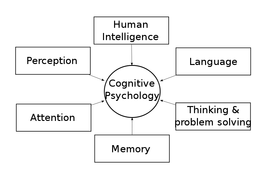 When we sit and consider ourselves as individuals (and as psychologists we often do this more often than we should), it is not the biological level that we end up at. Rather, our introspection takes us to a different world, those of our cognitions. Our thoughts, feelings, perceptions, memories and so on all collectively seem to make up the bundle of ideas which is our own experience of our lives. We don't seem to experience biology; only our cognitions. Perhaps, therefore, we should also focus our psychology at this most personal of levels...

The assumptions of the Cognitive Level of Analysis

Seven main assumptions can be seen to underlie or provide the foundations for the cognitive approach in psychology:-

Key ideas of the CLoA

What are cognitive processes (cognitions)? 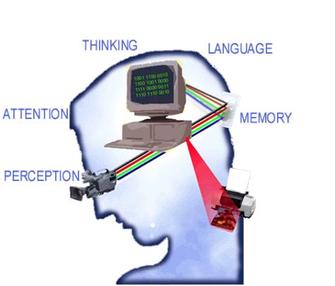 Cognition is to do with thinking and understanding – it’s the study of how the mind works.  We are continually receiving information from our surroundings, but what do we do with that information once we’ve received it?  How come we notice some things, but not others? What exactly are we doing when we think about things that we’ve seen? What goes on in the mind? Cognitive psychologists are particularly interested in the mental processes involved in:

This involves taking in what is around you and making sense of information.  You identify shapes and forms as being human beings and features of the environment, and match up what you are observing to what you would generally expect to observe in a similar situation.

Attention allows us to focus on one or more sources of information from the possible sources available to us.  We actively take in what is happening – notice it, rather than simply observe it in passing.

The cognitive process of memory refers to taking in, storing and retrieving information about facts, events and skills.

Language involves the use of symbols to manipulate information and communicate it to others.  You will find words, which will define, describe and express your thinking.

The cognitive process of thinking involves a range of mental activities such as decision-making and problem solving.  We work things out through bringing into play your previous knowledge and your general understanding of a particular situation.

In the text below, complete the gaps with the cognition process that is taking place.

The computer analogy - mind as a computer 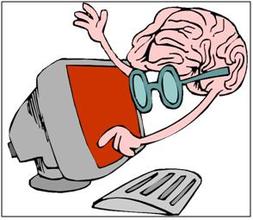 At the very heart of the cognitive approach is the idea of information processing. The cognitive approach in psychology sees the individual as a processor of information, in much the same way that a computer takes in information and follows a program to produce an output. Cognitive psychology compares the human mind to a computer, suggesting that we too are information processors and that it is possible and desirable to study the internal mental / mediational processes that lie between the stimuli (in our environment) and the response we make.

Hence the information processing approach characterises thinking as the environment providing input of data, which is then transformed by our senses. The information can be stored, retrieved and transformed using “mental programs”, with the results being behavioural responses.

One consequence of the computer analogy is the idea that computer modelling can be a useful way of learning about the brain. Computer models are now very widely used in psychology to mimic human cognition.