The concept of intelligence and IQ

Tests of Intelligence - The Stanford-Binet Test


What was needed was a more sophisticated way of comparing adult test takers to each other, which Wechsler found by introducing a point-scale, rather than grouping people by age.

Wechsler scales - the WAIS and the WISC

The difference between the IQ scores of different races has been a hugely controversial area of research for the last 100 years or so. Look at the map above. Can you think of any reasons other than intelligence that could explain the pattern shown?


Research the opinions of Arthur Jenson, especially in relation to the 'Headstart' program in America. Write half a page summarizing his position, and then another half a page expressing your own opinions on the matter. This review will be a good starting point.


If you want to know how it might feel to take an ethnocentrically biased IQ test, have a go at this 'Chitling test' on Aiden Sammons' website. This test was especially designed for black Americans of the 1970s. You may not be as street as you think you are...!

Theories of intelligence: the basic debate

Reification means treating an abstract concept like it is a real, tangible thing. Cattell's theory reifies intelligence as it suggests that intelligence may be a single, real, measurable factor (unlike some other theories of intelligence).However there are ethical and practical issues in applying a reified concept of intelligence to real life. If we assume that intelligence is a single, real and clearly measurable thing, then we might begin to make intelligence an important part in our judgements about the world (in selection for jobs or in criminal trials, for example), but this may not be a valid thing to do! The case of Atkins vs State of Virginia (see above) is a good example of the problems with reification. The consequences of this are huge! Literally life and death in some cases...

Julie Wise at Serandip defines the MIs as follows:

Linguistic intelligence - refers to an individual's capacity to use language effectively as a means of expression and communication through the written or spoken word (Examples: poets, writers, orators, and comedians. Some famous examples include: Shakespeare, Virginia Woolf, Abraham Lincoln and Walt Whitman).

Logical-Mathematical intelligence - refers to an individual's ability to recognize relationships and patterns between concepts and things, to think logically, to calculate numbers, and to solve problems scientifically and systematically. (Examples: mathematicians, economists, lawyers and scientists. Some famous examples include: Albert Einstein, Erwin Schrodinger, and John Dewey).

Musical intelligence - refers to the capacity to appreciate a variety of musical forms as well as being able to use music as a vehicle of expression. Musically intelligent people are perceptive to elements of rhythm, melody, and pitch (Examples: singers, musicians, and composers. Some famous examples include: Mozart, Julie Andrews, Andrea Boccelli and Leonard Bernstein).

Bodily-Kinesthetic intelligence - refers to the capacity of using one's own body skillfully as a means of expression or to work with one's body to create or manipulate objects (Examples: dancers, actors, athletes, sculptors, surgeons, mechanics, and craftspeople. Some famous examples include: Michael Jordan, Julia Roberts, and Mikhail Baryshnikov).

Interpersonal (Social) intelligence - refers to the capacity to appropriately and effectively communicate with and respond to other people. The ability to work cooperatively with others and understand their feelings (Examples: sales people, politicians, religious leaders, talk show hosts, etc. Some famous examples include: Bill Clinton, Ghandi, Oprah Winfrey).

Intrapersonal intelligence - refers to the capacity to accurately know one's self, including knowledge of one's own strengths, motivations, goals, and feelings. To be capable of self-reflection and to be introverted and contemplative are also traits held by persons with Intrapersonal intelligence. (Examples: entrepreneurs, therapists, philosophers, etc. Some famous examples include: Freud, Bill Gates, and Plato).

Naturalistic intelligence - refers to the ability to identify and classify the components that make up our environment. This intelligence would have been especially apt during the evolution of the human race in individuals who served as hunters, gatherers, and farmers. (Examples: botanists, farmers, etc. Some famous examples include: Charles Darwin, E.O. Wilson).

Evidence for the theory 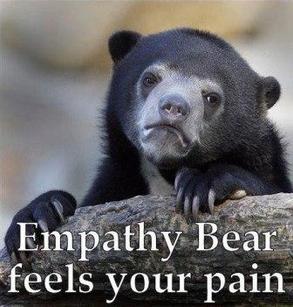 1.      Is it really ‘intelligence’, or just an example of an ‘ability’? Like Gardner, is Goleman simply redefining ‘intelligence’ as something totally different (a definition which other psychologists do not agree with)?

"[Goleman] exemplifies more clearly than most the fundamental absurdity of the tendency to class almost any type of behaviour as an 'intelligence'... If these five 'abilities' define 'emotional intelligence', we would expect some evidence that they are highly correlated; Goleman admits that they might be quite uncorrelated, and in any case if we cannot measure them, how do we know they are related? So the whole theory is built on quicksand: there is no sound scientific basis." – Michael Eysenck

2.      Does EI have any predictive validity? We know that IQ is strongly correlated with future success. Is EI as useful for making predictions? No! There is no relationship found between academic and work success and EI. See Newsome et al (2000) for one of a number of research articles on this. This study compared the predictive validity of EQ with that of IQ... so it is very useful for evaluation!

3.      Problems with self report measures. Most EI tests rely on self-report. You know the problems with these!

4.       Goleman's model of EI has been criticized in the research literature as mere “pop psychology” (Mayer, Roberts, & Barsade, 2008). In other words, it is a popular idea that is not supported by actual research evidence.

Creativity as an alternative to intelligence

Evaluating creativity as an alternative to intelligence

Problem solving as an alternative to intelligence

Have a go at both parts of a section B question on intelligence and education. You're welcome.

You should know what you need to do on these questions by now. Refer back to previous sections if you need a reminder.

Generic mark schemes are given below. Read them carefully before you start writing and make sure your essays fulfill all the requirements. Please submit your essays through the form on the home page.

As you should know by now, Section C requires you to answer 1 question from a choice of 2. The questions will ask you to apply what you know to a new scenario or area. It has two parts; one 6 mark recall question and one 8 mark application question.

For example:
4 You are a teacher who is suspicious about traditional methods for assessing intelligence. However, you are keen to produce a test to assess the intelligence of your class.

(a) Suggest a procedure that could be used to test intelligence without using traditional test methods. [8]
(b) Explain the psychology on which your suggestion is based. [6]

The first question allows you to be creative. There is no single right answer. All you have to do is give practical and specific ideas for how you might implement the theory you have picked into the scenario they give you. About a page should be a good length.

The second question is a straightforward recall question. This is the longest question you will get which could focus on just a single theory. You need to write about half a page, so a simple revision check is to make sure that you can write half a page of description about every idea/theory/study that is specifically mentioned in the specification.